Famous personalities from business, art, science and politics have always played a major role in the history of our region. The work of Albrecht Dürer, Hans Sachs, Martin Behaim and many others has changed the way of thinking. Economists like Ludwig Erhard had a major influence on the way the German economy has developed. And from the ideas of entrepreneurs like Werner von Siemens, the Dassler brothers or Theo Schöller successful companies have emerged which are now active all over the world and well known in many countries.

Explore the rich history of our region and discover which famous companies started their business in Central Franconia. 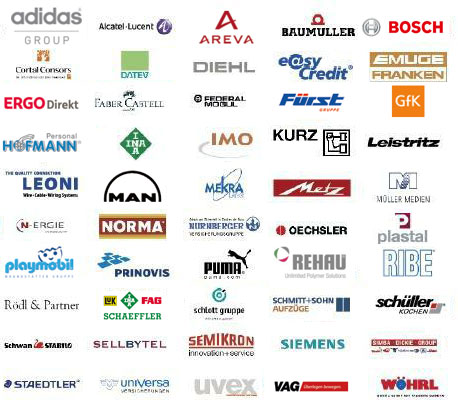 The Economic Region of Nuremberg has always been home to innovative thinkers and creative minds. What began in the Late Middle Ages with Martin Behaim, Albrecht Dürer, Peter Henlein, Veit Stoß and Hans Sachs has been continued by modern-day entrepreneurs and research personalities such as the Dassler Brothers, Max Grundig, Georg Ohm, Gustav Schickedanz and Werner von Siemens. On this page you will find a few examples of the most important personalities who have lived and worked in the Economic Region of Nuremberg since the Middle Ages.